If anyone has friends who are newcomers to UFO research then science journalist J. Antonio Huneeus is quite a well established chap and gives some good introductory advice in the videos below about various official and unofficial reports and investigations into the subject - there's also Orkojoker's series of UFO Education videos HERE which are a great watch and contain significant info about topics like government documentation, USAF regulations and completely ridiculous official UFO explanations.

Antonio Huneeus takes a look at some of the most famous official investigations from around the world. The first in this series covers the UN Briefing documents in which Antonio was one of the people hired to craft by Laurence Rockefeller.

Blue Book was the result of two previous Air Force study projects, Sign and Grudge, in the late forties and lasted until early 1970. It's purpose was to determine if UFOs were a threat to national security, and to scientifically analyze UFO-related data. The project went through many changes, but there can be little doubt that it played a pivotal role in the official history of UFOs in the USA.

The name COMETA in English stands for "Committee for in-depth studies". This report was carried out over a several year period at the Institute of Advanced Studies for National Defense, or IHEDN, a high-level French military think-tank.

These files were originally delivered in the mid-nineties to famed Italian ufologist and author Roberto Pinotti, and sent on stationary bearing the seal of the Kingdom's Senate and Agenza Stefani, the regime news agency in charge of disseminating Fascist propaganda. Forensic analysis was done on the documents and they were found to be originals and not photocopies. Andrea Bedetti, a historian and expert on Italy's Fascist era, found that the stationary, aeronautical terminology and vocabulary were all consistent with real documents from the period. These documents contained written testimony describing in detail several sightings along with hand-drawn pictures. It also discloses that Mussolini and Ciano, Italy's number one and number two leaders were informed right away about the phenomenon. These documents also talk of the alleged creation of the top secret "Cabinet RS/33", led by Marconi, and included some of Italy's most prominent astronomers, scientists and aeronautical engineers. As things went sour for Italy during the war, all the files from Cabinet RS/33 were supposedly shipped to Nazi Germany, where they might have influenced the Italian aeronautical engineer Belluzzo.

I've finally uploaded all 22 UFO Afrinews issues which Cynthia Hind published from 1988 to 2000. Click on the images to view the files

Also some good UFO newspaper archive collections which can be useful in helping to corroborate existing UFO reports or source separately located sightings from the same time and area.

UFO Research (NSW) have scanned and uploaded a vast collection of newspaper clippings to their website ( click here to see them).) They are to be congratulated for making this resource available to us. I realise that newspaper clippings may not always be regarded as a 100% accurate sources of data, but they do add to our knowledge of cases, particularly when they carry a photograph of a trace case, or indeed a photograph of something unusual in the skies.

Having completed a detailed survey of UFO material covering the years 1896 to 1963, I came across some English language newspaper clippings primarily from the 1970s and 1980s.. 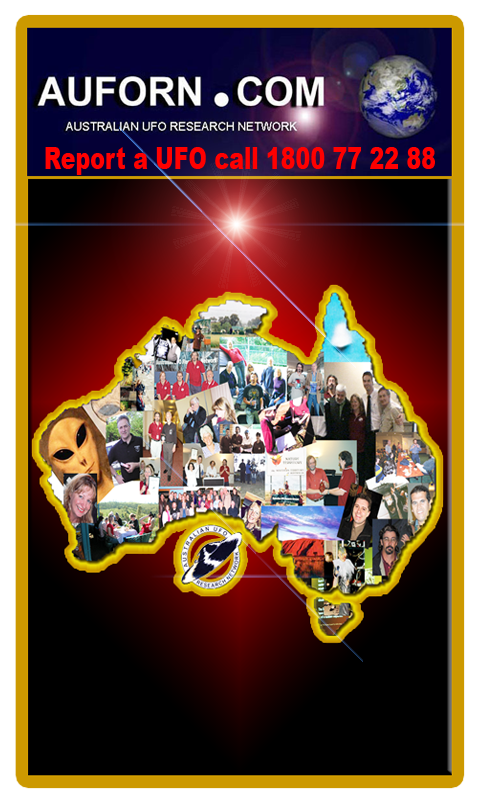 My thanks to Robert Frola and AUFORN for permission to keep the archive on UFOINFO.

Individual sighting reports are listed in the Oz Files section of the UFOINFO site.

AUFORN reports may include sightings not mentioned in the Oz Files.

Free E-magazines and articles on the UFO subject.


The 'True' report on flying saucers.


Why I Believe In Flying Discs - MacKinlay Kantor (pdf)


“WHAT YOU SHOULD KNOW ABOUT UFOs” by Dr. J. Allen Hynek

'Need to know' video dealing with the Rand Corporation:

This next part of our "Your Need to Know" series, Antonio Huneeus examines RAND Corporation's UFO document, titled UFO's: What to do? The RAND Corp was originally an outgrowth project of World War II, called Project RAND, in May of 1948 it separated from the Douglas Aircraft Company and became it's own independent, nonprofit organization.

George Kocher of the RAND Corporation, published this document in November of 1968, a few months after the University of Colorado completed it's Condon Report. The RAND Corp document is broken into five different essays, Historical Aspects, Astronomical Aspects, The Character of Reports, Phenomenological Aspects, and How to Proceed and Why. These essays explore the types of reports and sightings, how they are categorized, and a list of hypotheses that exist surrounding the phenomenon. The document also provides an example of a detailed UFO report form developed by the University of Colorado's study group. 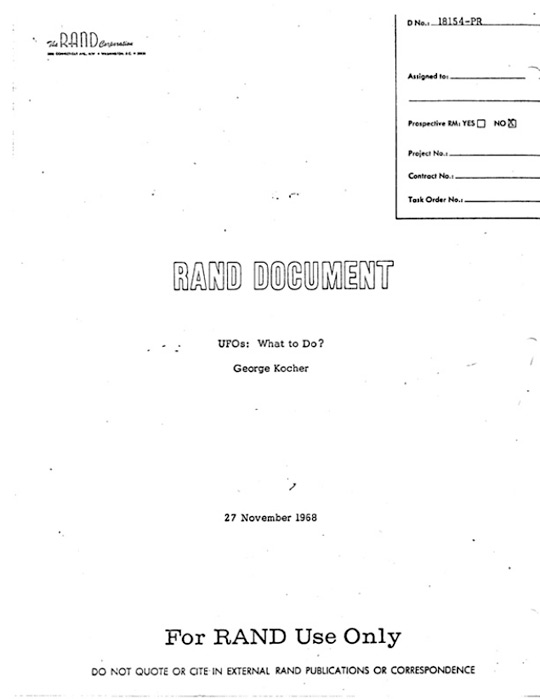 Collection from Patrick Gross of specific articles from the pre-1940's right the way through until the year 2009:

UFOs in the daily Press:


The UFO phenomenon in the newspapers, a collection of newspaper articles reporting UFO observations or UFO related information, by local and national newspapers from all countries. These articles are linked from their respective dossier on this site. This page is to answer the claim "if UFOs existed, they would be in the newspaper."


Minnesota MUFON Journal back issues from August 1992 to April 2013:


Minnesota MUFON Journal Back-Issues From #75 on