A "bullseye" crater with possible tower or bridge - left of center 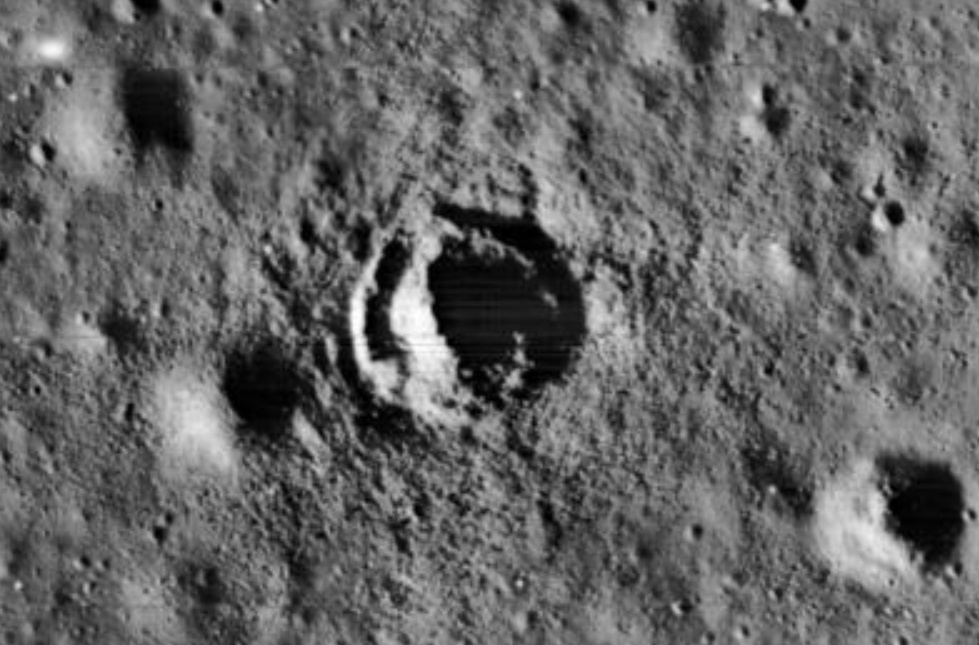 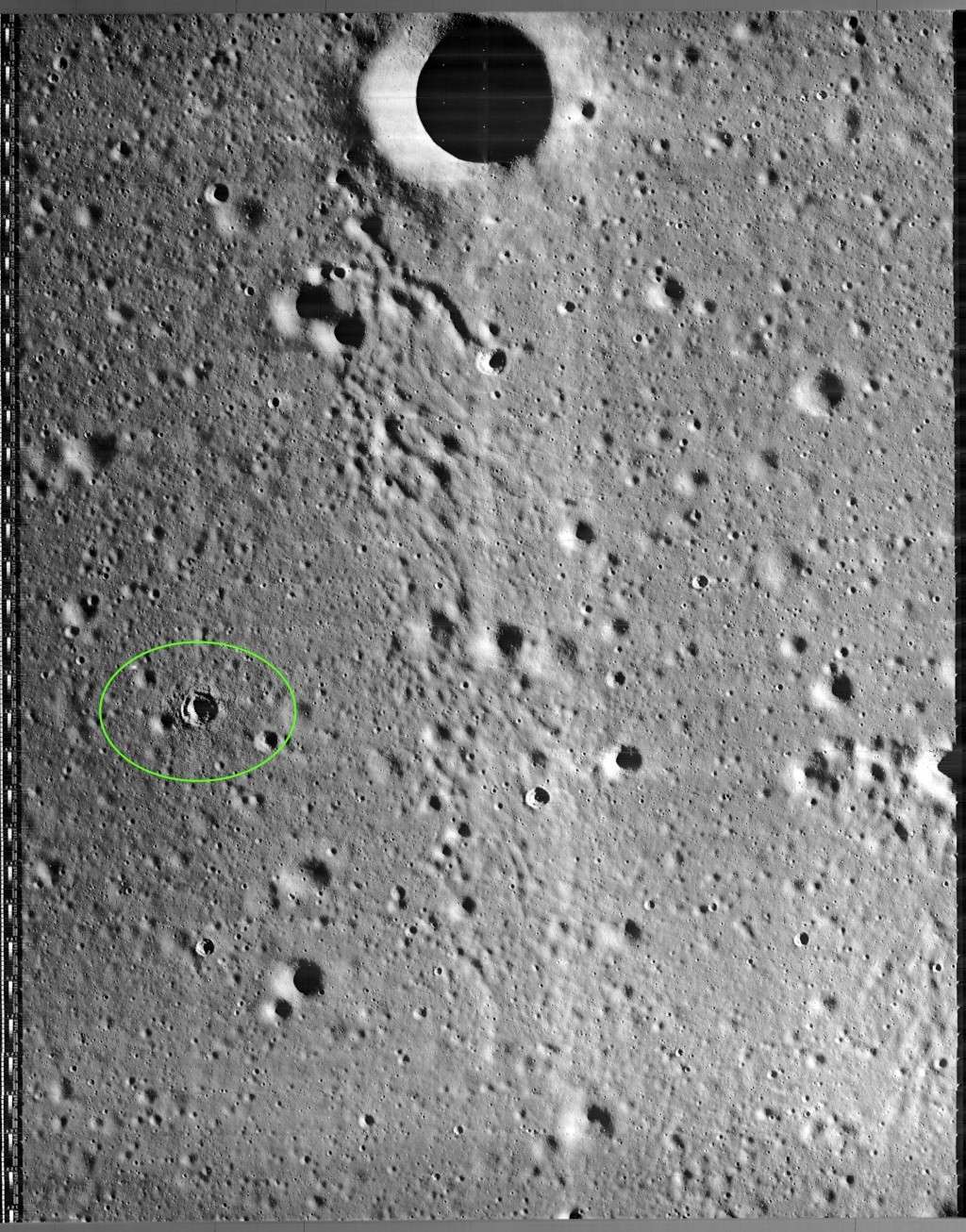 Now that new information has become available, I can finally resolve many of the issues raised originally many months ago regarding this frame. However, the "Overpass" (see far below) appears to be a genuine raised structure without a satisfactory natural explanation.

Figure 3 appears to be fairly mundane impact crater. Yet, a number of unusual if not outright strange features adorn this frame. The sun appears to be coming from the high right, but I cannot confirm this as my copy of the Lunar Orbiter data is unreadable. The location is 1 degree, 40 minutes N, 42 degrees 20 minutes W.

The "double ring" nature of this crater is not a common sight for Lunar impact craters. In fact, it may be unprecedented. The center of the crater also has some very bright spots in the shadowed portion, which may indicate a structure of some kind in the bowl.

The left to right "graining" of the film strips is quite obvious, but a bright "scratch" on the far right of the picture, running almost vertical (in the frame) is less easily dismissible. It seems to actually pass through several "nubs" on the Lunar surface, rather than obscure them underneath, as it would if it were an actual emulsion scratch. The fact that it passes almost directly through the center of a number of these "nubs", and seems to terminate at anchor points, like a massive clothes line, also warranted closer scrutiny. However, the negative I received from NSSDC did not have this feature, and I must conclude it is a scratch or deliberately etched line.

In addition, several craters in the lower center of the frame form a nearly perfect triangular formation, one made up of three points, the other of 5. The craters on Burgess' version have a distinctly hexagonal shape, and they retain this on my version (see below). The significance of this shape remains debatable.


The most intriguing object on this frame is the "Overpass": 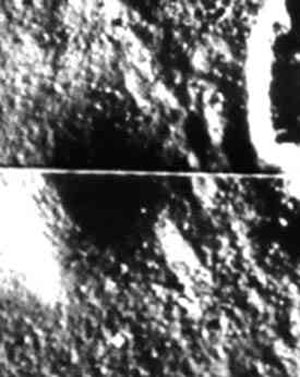 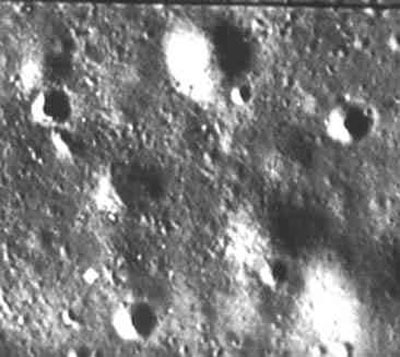 In other cases there is more than one version for a negative. The controversial LOIII 162H2 shows a .023km crater within the ray system of Kepler, SW of Maestlin R. I also saw this frame in the Kopal atlas after I’d examined a Houston negative of the frame and it is pictured in NASA’s, The Moon As Viewed By Lunar Orbiter.2 The negative I got from Houston and Kopal’s version are DIFFERENT and have the framelet line nearest the crater crossing in different areas. Some information has been cut off (or altered?), and the suspicious information that is visible is therefore ambiguous. 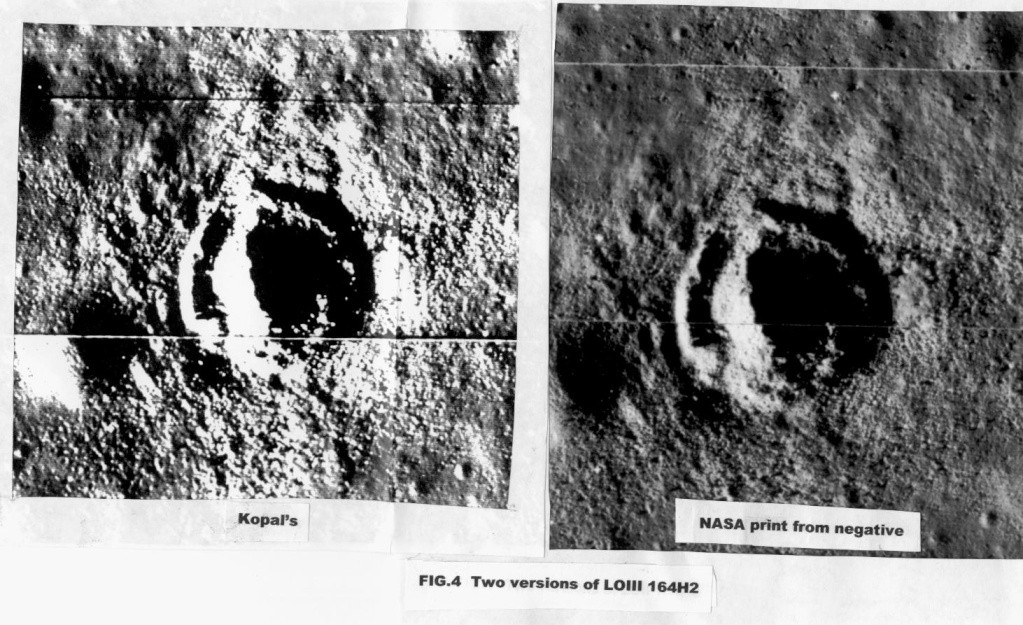