At dawn of April 4, in the sky of Nuremberg (Germany), a lot of men and women saw a very alarming spectacle where various objects were involved, including balls "approximately 3 in the length, from time to time, four in a square, much remained insulated, and between these balls, one saw a number of crosses with the color of blood. Then one saw two large pipes, in which small and large pipes, were 3 balls, also four or more.

All these elements started to fight one against the other." (Gazette of the town of Nuremberg). The events lasted one hour and had such repercussions that an artist, Hans Glaser, drew a woodcut of it at the time. It describes two immense black cylinders launching many blue and black spheres, blood red crosses, and flying discs.

They seem to fight a battle in the sky, it also seems that some of these spheres and objects have crashed outside the city.

Images of the Woodcut: 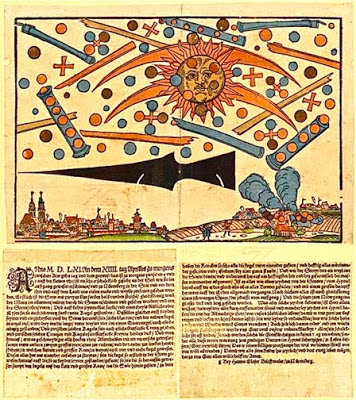 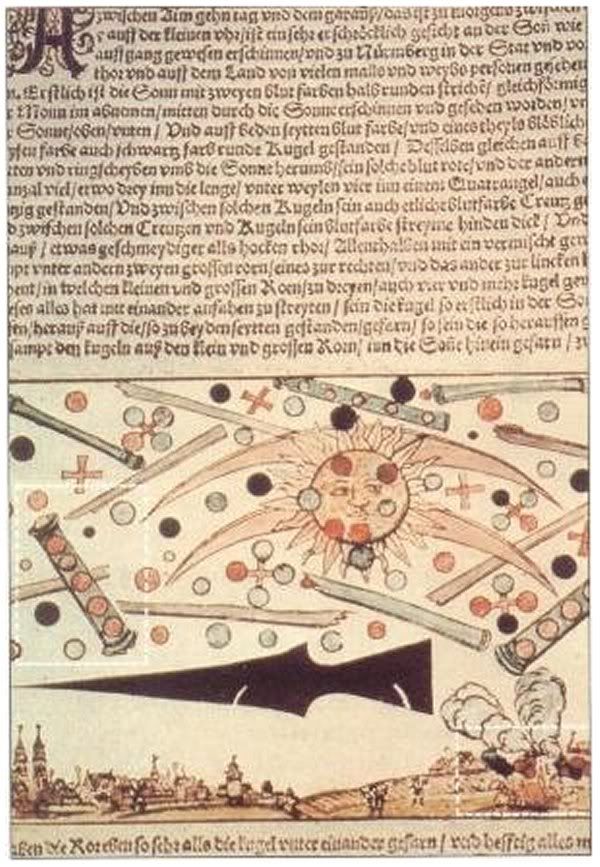