YouTube Exclusive* Preface by David Marler, MUFON Illinois State Director who investigated the 1/5/2000 triangle sighting. On January 5, 2000, a silent, massive UFO flew over several sleeping towns in Illinois and was witnessed by many, including four police officers who testify on-camera. This program includes a follow-up analysis of possible propulsion systems and is the only video document that captures all the primary witnesses in one program. Interviews commenced in February, 2000. This UFO sighting has been addressed by several network and cable programs. 7,738 views prior to this updated posting. *Former MUFON Director David Marler's preface is available only on this YouTube clip and is not available on the DVD available at Amazon.com 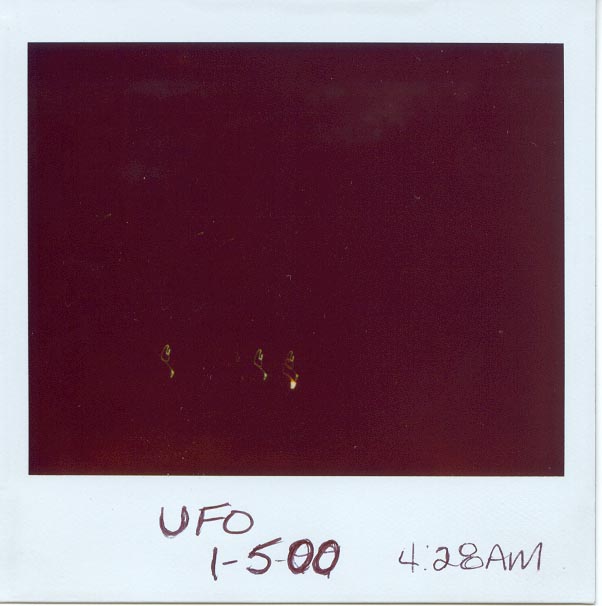 Finally, Stevens attempted to take a Polaroid photograph of the UFO as it departed, making a slow, banking turn toward St. Louis. The temperature was cold that morning, the camera was in the trunk, and the image, whether a result of cold temperature or simple insufficient exposure, revealed only four smears of light, blurred by camera motion while the camera shutter remained open. The triangular object disappeared over the trees.