At approximately 4:30 p.m on Tuesday November 7, 2006, federal authorities at Chicago O'Hare International Airport received a report that a group of twelve airport employees were witnessing a metallic, saucer-shaped craft hovering over gate C-17.

According to eyewitness reports, the strange object was first spotted by a ramp employee who was "pushing back" United Airlines flight 446 which was departing Chicago for Charlotte, North Carolina. The ramp worker then apprised the flight crew of UA446 of the existence of the spinning, metallic object above their aircraft, and it is believed that both the pilot and co-pilot of this aircraft also witnessed the object at that time.

According to Jon Hilkevitch of the Chicago Tribune in an interview on Fox News' Glenn Beck program: "The disc was visible for approximately two minutes and was seen by close to a dozen United Airlines employees, ranging from pilots to supervisors, who heard chatter on the radio and raced out to view it."[1][2] The UFO was then seen to suddenly accelerate straight up through the overcast skies. Witnesses reported that the object left behind an open hole of clear air in the cloud layer and that the mysterious hole disappeared or closed within a few minutes. So far, no conclusive photographic evidence of the UFO has surfaced although it was reported to Hilkevitch that one of the United Airlines pilots was in possession of a digital camera at the time of the sighting and may have photographed the event.

United Airlines denies its workers filed reports about saucerlike object hovering at O'Hare
It sounds like a tired joke--but a group of airline employees insist they are in earnest, and they are upset that neither their bosses nor the government will take them seriously.

A flying saucerlike object hovered low over O'Hare International Airport for several minutes before bolting through thick clouds with such intense energy that it left an eerie hole in overcast skies, said some United Airlines employees who observed the phenomenon

The purported UFO that pilots and other eagle-eyed professionals reported seeing almost four years ago, hovering in place above Gate C-17 at O'Hare International Airport, never went away.

Don't get me wrong. The aviators, United Airlines ramp workers, managers and aircraft mechanics all said they witnessed the dark grey metallic disk-shaped UFO leave the restricted airspace over O'Hare with such tremendous force and velocity on Nov. 7, 2006, that it pierced a hole of crisp blue air in the cloud-covered sky.

Although there have been no sightings at O'Hare since then from the likes of these serious and credible observers, hardly a day goes by that I don't receive e-mails or phone calls from UFO enthusiasts and researchers asking for an update to my exclusive Chicago Tribune story on New Year's Day 2007.

The article was breaking news of a possible (or impossible) visit by extraterrestrials. It also disclosed efforts by the Federal Aviation Administration and United officials to claim that they knew nothing about the UFO reports, despite the witness accounts. 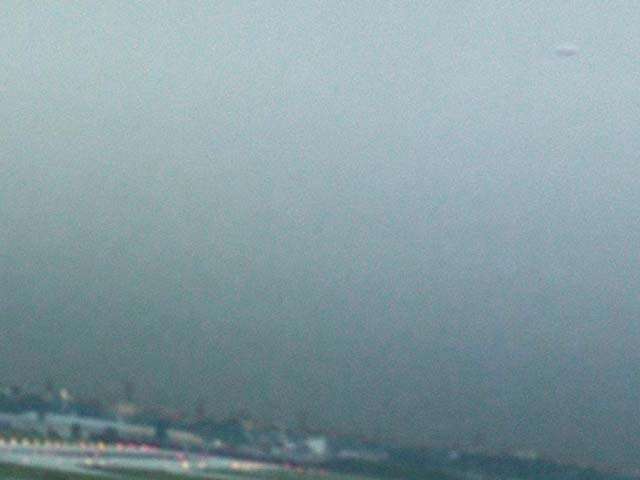