Spaceship on the Moon - Apollo 17 Image

Spaceship on the Moon - Apollo 17 Image 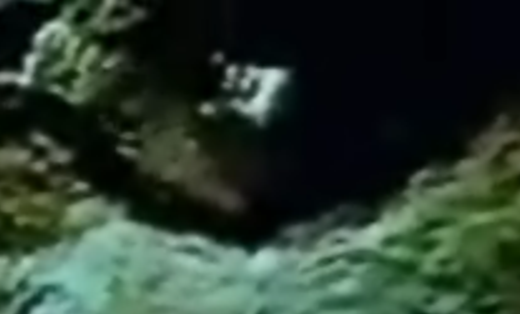 The Image above is a screen capture from an Apollo 17 video that was sent to me by one of the group here. I have not seen this around the web circuit (though it may be there are so many sites out there) It is a 4 minute clip... the astronaut talking is giving a narration... but no mention of the object is made... you can hear bits of a second conversation in the background, most likely talking on the other secured channel. Half way through the background speaker make some exclamations of surprise.

Link to the Video is Here

This is a close up best quality I could create. And here you can see the squarish "c" shape, the spheres and the connecting lines... Looking at the video it is clear that the Astronauts are focusing on the white object. And if you look at the crater out of focus behind it you will see that the objects is in the sky not on the ground
This image was taken around December 12, 1972

I don't know if that's a spaceship or not ..